The UK real estate market, and London in particular, has long benefited from the deep reserves of Asian capital. UK property ticks all the right boxes for foreign investment, particularly for buyers that have difficulty finding value in their own markets.

As a result, South Korean and Singaporean investors spent a record amount on UK property last year and overall spending by Asian investors was around £10bn. But with high demand for London office buildings potentially putting a halt to some of this flow, could Asian investors’ interest start to be aimed at core retail instead?

Despite concerns over Brexit, the UK remains highly regarded for its economic and political stability, world-class educational system and skilled labour force. This has led Asian money to primarily target offices, such as the South Korean National Pension Service’s purchase of Goldman Sachs’ new HQ via LaSalle Investment Management.

But over the next few years, we foresee an increasing focus on retail from foreign, particularly Asian, investors, as they seek attractive cash-on-cash returns. We have supported many foreign investment deals in UK retail for three decades and recently advised an Asian investor on its £236m purchase of a 50% stake in Hammerson’s Highcross shopping centre.

We are seeing signs of some long term investor confidence in well-let, high-quality retail assets in strong regional locations. The process of adapting for the 21st century consumer is in full swing and many prime retail centres are embracing concepts such as experiential retail and increased leisure provision.

The Highcross deal shows how core retail centres, with a blend of retail, leisure and high-quality brands, can offer international investors attractive yields and long-term security. This may tempt more Asian investors to look favourably on retail to diversify their UK investments and find greater cash-on-cash returns than London offices may offer after Brexit.

If foreign capital is to continue flowing towards retail, we should explore where that capital might be flowing from. Investment from Hong Kong, Singapore, South Korea and even mainland China (despite enhanced capital controls) is now normal, but we expect significant amounts of capital to be unlocked from other Asian players, such as theJapanese.

As a highly developed, mature market with persistently low domestic returns, it should be no surprise that Japan has vast cash reserves earmarked for investment. The Japanese Government Pension Investment Fund (GPIF) recently announced that it is increasing its global real estate investment allocation.

GPIF’s £1trn investment strategy is a benchmark for other Japanese pension funds and institutions, so there could be a domino effect in the release of Japanese capital. Japan Post is believed to be seeking investments in real estate funds globally and its head of alternative investments recently said it plans to deploy around £10bn on alternative assets over three years.

If the Japanese capital markets open up as anticipated it will increase Asian investors’ firepower and add some healthy competition for the best retail assets.

However, what retail really needs now is greater occupational stability and more certainty from Westminster, which will ease fluctuations in currency markets. Unfortunately, these problems are proving harder to solve.

We are seeing signs of some long term investor confidence in well-let, high-quality retail assets in strong regional locations. The process of adapting for the 21st century consumer is in full swing and many prime retail centres are embracing concepts such as experiential retail and increased leisure provision.
John Griffin, Head of Investment, Lunson Mitchenall 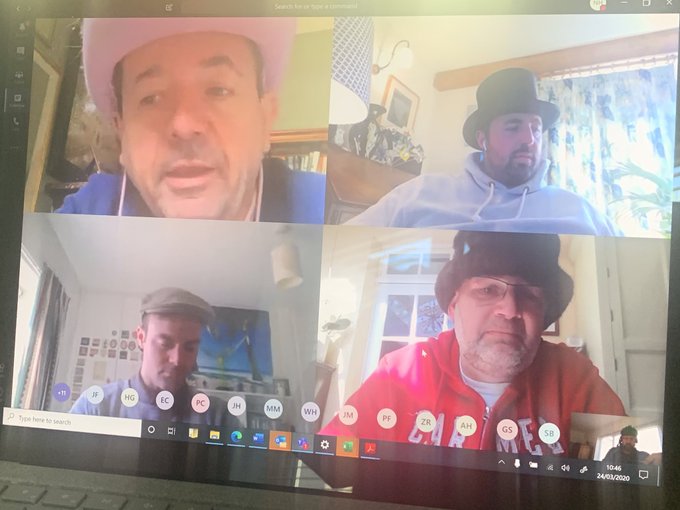 Edward Cooke
@EdJMCooke
It’s generally accepted the tax system needs to modernise & #businessrates need to fall. It’s now time for a grown-up & detailed discussion about how - thanks @LouisaClarence for the story on @RevoLatest view ahead of #Budget2020 https://t.co/Pzv5WklRCS Lunson Mitchenall Retweeted
6 0

Richard Cripps
@RichCripps
It’s your time to shine. The 2020 @SupportElifar Challenge is open for entry. Info in the link. Alternatively contact me or @ryan_kennedy1 to get involved #bestdayoftheyear The ELIFAR Challenge 2020 https://t.co/LEBn694yQY via @YouTube Lunson Mitchenall Retweeted
1 0

Lunson Mitchenall
@LMretail
So pleased our client won this award. All the hard work has paid off. Congratulations @intugroup https://t.co/RCHZbX1KOB
0 7